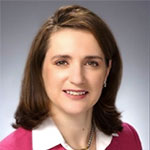 Carrie Roth is Interim Executive Director and President/CEO of the Virginia BioTechnology Research Park, bringing over 20 years of broad experience in government, non-profit organizations and the private sector to the position. She previously served as Virginia Deputy Secretary of Commerce and Trade, overseeing policy development and implementation, economic development project management, as well as the Secretariat’s 13 agencies – working with the Governor, General Assembly and stakeholders to maintain Virginia’s position as the best state in America for business. During this time, Carrie led the successful effort before the General Assembly to provide over $113 million in new economic development funding as well as reforms in the Virginia workforce system. Prior to joining the McDonnell Administration, she was President of her company Capitol Square Communications and as Principal of Rhumb Line, a government affairs firm. Carrie served as Press Secretary for U.S. Senator George Allen, whom she worked for from 1993 to 2003, and as Policy Director for the gubernatorial campaign of Attorney General Jerry Kilgore. During her career, Carrie has appeared in state, national and international media, including: the Washington Post, Washington Times, Los Angeles Times, New York Times, Investor’s Business Daily, Politics Magazine, “Perspectives” in Newsweek Magazine, and on FOX News “Strategy Room” and the International Travel Channel. She is President of the Fort Monroe Foundation Board, and a member of the Virginia Workforce Council, the Board of Directors of RichTech and the Richmond 2015 UCI World Championship, and on the JDRF Richmond Chapter Gala Committee. Carrie attended Hillsdale College and is a graduate of Virginia Commonwealth University.